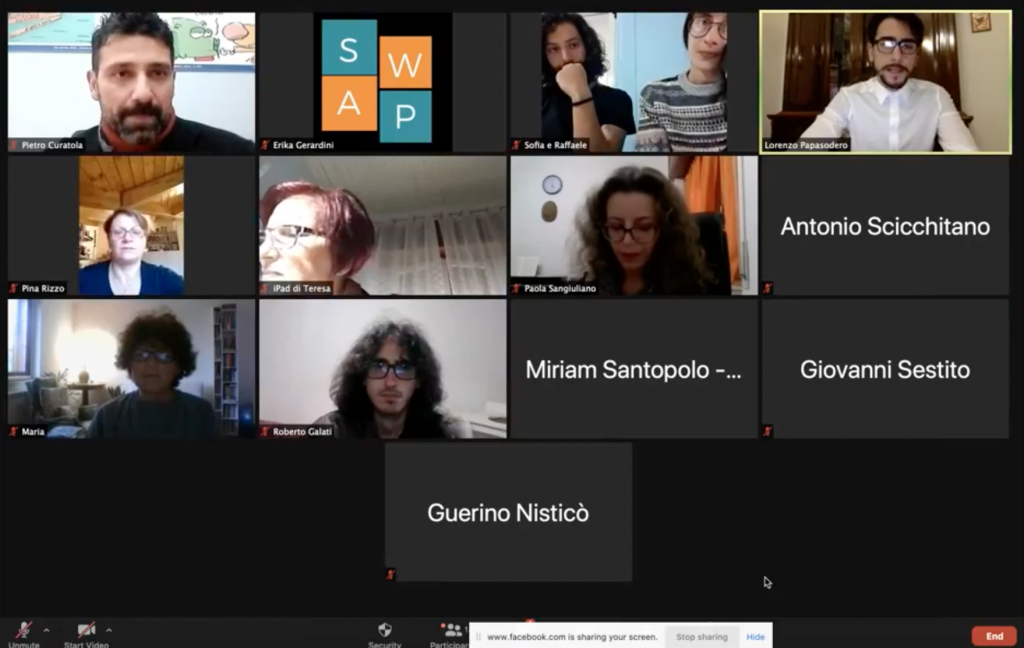 Space and visibility was given to practices and testimonies of rural regeneration-action in Calabria with the experiences of Roberto Galati “I Casali di Postaglianadi” of San Vito sull’Ionio and its sustainable agriculture, and with the interventions of Raffaele Dolce and Sofia De Matteis with their extraordinary project “Autonomous Agricultural Outpost” in Santa Caterina dello Ionio.

Sofia, Raffaele, Roberto represent positive examples of young Calabrians who believed in the possibility of creating work and achieving personal and professional satisfaction starting from love for their land, history, traditions and local communities, concretely contributing to the regeneration of the villages. where they live and work.

Some of the projects of Sonia and Raffaele’s activity in Autonomous Agricultural Outpost are:

– Educational garden: children get to know garden plants by carrying out the entire cultivation process, from sowing or planting to harvesting vegetables.

– Approach to the donkey: children approach the world of the donkey flanked by a donkey technician through various practices, from grooming to exploration on the back.

– Narrative paths, on the farm there is a story in every corner: children take part in a shared narrative experience, they are stimulated to create stories starting from natural inputs.

– Earth workshop: children build small structures in earth and straw with their own hands

– Language laboratory of Italian for foreigners starting from the vocabulary of the countryside (for adults and children).

– Archeotrekking: trekking through the rural territory of S. Caterina dello Ionio to discover the surprising testimonies of the peasant past.

– Trekking with donkeys: trekking in the company of donkeys, preceded by a short lesson in the pen on the correct management.

Roberto Galati, on the other hand, is 29 years old and is the owner of the “I Casali di Postaglianadi” farm located in San Vito sull’Ionio (CZ). Professional Agricultural Entrepreneur with a title obtained at the GAL Serre in 2016. The company has been active since 2016 and deals with the production of vegetables grown with natural methods, without the use of fertilizers and pesticides of chemical origin: the productions are distributed at km zero in the Soveratese area.

Potatoes and chilli are the company’s best-known crops, but tomatoes, aubergines, peppers, beans, broccoli, cauliflower, courgettes and much more are also produced, with particular preference for the ancient species of which we preserve and recover the seeds. Two productions among all, the “povareda bean” and the green aubergine.

The chilli pepper produced is transformed into “Tabasco di San Vito” in collaboration with Conserve Scalzo (a processing company located in Marzi), chilli cream in extra virgin olive oil and spicy dressing in extra virgin olive oil. Inside the company, which extends for about 7 hectares, there are also some ancient farmhouses undergoing restoration, with the aim of creating a rural accommodation project (holiday homes) and a small home restaurant in which to taste, on the place, the company’s productions.