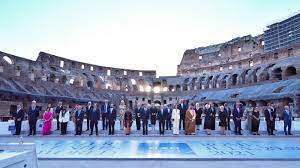 In the amazing and unique location of Rome, the eternal capital of Italy, the most powerful leaders of all the world committed in fighting climate change, poverty and inequalities, assuring strong investments and global actions.

What can be the role of youths?

Youths should have the priority in all agendas of the world leaders. They are demonstrating the will to be more involved and active. The G20 in Rome and the following Cop26 on climate in Glasgow are two important occasions for all young generations to learn how decisions are taken and understand better political agreements and relations among countries of the world.
This time is not just Europe but Europe towards the rest of the world. The great absents Putin (President of Russia) and Xi Jinping (President of China), furthermore the most polluting countries, should learn from the other leaders and give a sign about their future commitment.

Youths are already worldwide. They belong to global networks, they travel, they represent to the new generation of digital workers and don’t have barriers in making friendship.
They play video games meeting other youths around the globe, they speak “another language” made of “rap music”, “tags and hashtags”, “youtubers”, “influencers”, “fashion styles”, trends which don’t know geographical borders.

With the same fast connections they create thanks to internet we, partners of the “M.O.T.H.E.R.” Project, hope that they can also be the future entrepreneurs able to assure a more sustainable, ethical and equal future global labour market.
We hope for them a better future where they can be active players and be “the change”.

The G20 is the international forum that brings together the world’s major economies. Its members account for more than 80% of world GDP, 75% of global trade and 60% of the population of the planet. The forum has met every year since 1999 and includes, since 2008, a yearly Summit, with the participation of the respective Heads of State and Government.In addition to the Summit, ministerial meetings, Sherpa meetings (in charge of carrying out negotiations and building consensus among Leaders), working groups and special events are organized throughout the year.

Have a look to the official website: https://www.g20.org/about-the-g20.html  where you can see also the page dedicated to the Rome Summit, with beautiful pictures and videos. 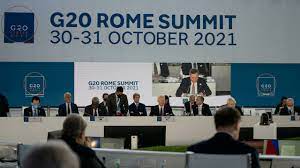 It’s already possible to read the final Declaration written in Rome:              https://www.g20.org/rome-summit.html
We quote the 1st paragraph opening the document:

“We, the Leaders of the G20, met in Rome on October 30th and 31st, to address today’s most pressing global challenges and to converge upon common efforts to recover better from the COVID19 crisis and enable sustainable and inclusive growth in our Countries and across the world. As the premier forum for international economic cooperation, we are committed to overcoming the global health and economic crisis stemming from the pandemic, which has affected billions of lives, dramatically hampered progress towards the achievement of the Sustainable Development Goals and disrupted global supply chains and international mobility. With this in mind, we express our profound gratitude to the health and care professionals, frontline workers, international organizations and scientific community for their relentless efforts to cope with COVID-19”.

The leaders underline the main topics.

The word “sustainable” finally besides “finance”: Policies for the transition and sustainable finance. Women obtain the prioritization: Gender Equality and Women’s Empowerment.

A lot, a lot of key words which entered in the dialogue among world leaders.
Now it’s also time for youths to listen to the leader’s speeches and to read the final declaration taking inspiration and active as the actual and next generation of sustainable entrepreneurs.
It’s time for them to continue with the energy they demonstrated in protests to be part of this positive change.

PrevPreviousEuropean Solidarity Corps: an opportunity for personal growth
NextPresented M.O.T.H.E.R. a few days ago to a team of French teachers interested in disseminating and applying our training strategies in their schools.Next