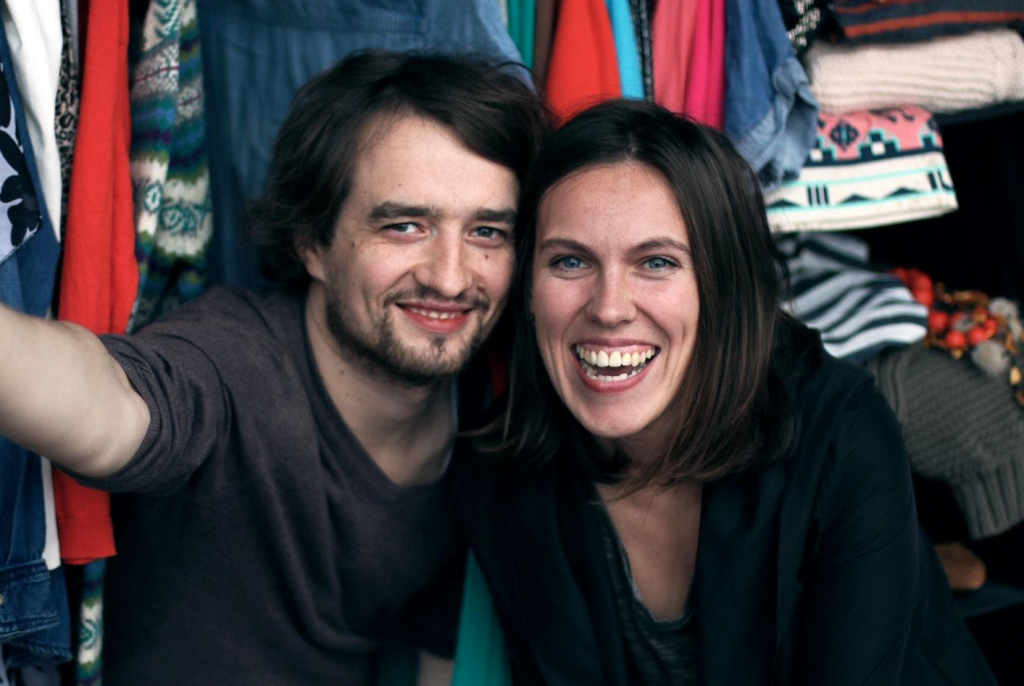 Vinted is a Lithuanian-based e-commerce company, a start-up created by Milda Mitkutė (35) and Justas Janauskas (36). It is an online platform for the trade and exchange of used clothing and accessories, operating according to the P2P network model of direct exchange of resources between peer users.

The company’s business software includes mobile apps and a website for Android and iOS devices. Vinted’s business strategy is to make worn clothing the first choice, thus promoting resource efficiency in the fashion industry. Vinted gives members of its platform the opportunity to make money from their belongings or save on new ones.

After registering via their e-mail, members communicate with each other on a social network. Without communicating in the forum, members receive company newsletters and other information by selling their obsolete clothing or buying merchandise of their choice.

In 2008 Justas Janauskas and Milda Mitkutė founded the company “Mano Drabužiai“, “My Clothes“. This idea soon became popular in the Czech Republic and Germany with the help of friends. The websites and mobile apps operating here have been named in the languages of these countries. In search of a single international name, the Vinted name associated with “vintage“ has been chosen to be more convenient for clothing exchange communities in other countries.

In 2013 Vinted after Accel partner and Insight Venture Partners raised 6,6 mln.$ of investments

Simple business idea like software for secondhand clothes peer-to-peer sharing  implemented at the right time could reach a billion dollars valuations, which could have been created by 1 person with high programming skills.